The 5 Best Tools For Python Developers


It’s no news that Python is a programming language incredibly popular among developers. As of 2022, Python is used by 48.07% of developers around the world, which shows just how important this tech stack is within the development community. Now, while Python is a very complete coding language, there are always tools you could use to enhance the development experience. Here are the 5 best tools for Python developers!

The 5 Best Tools For Python Developers 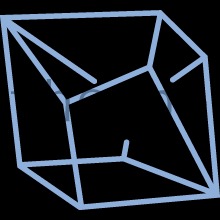 Python libraries are among the best tools for Python developers thanks to the way they aid in data analysis and machine learning performance. These functions allow you to save yourself the trouble of writing code from scratch and save considerable time in the process, just like an Agile development tool would do. One of the best Python libraries is Theano, designed to help optimize and organize mathematical expressions involving multi-dimensional arrays.

Because Theano is built on top of NumPy, it has tight integration with it. Not only does this allow for more efficient development, but it also generates a similar interface to the one of NumPy. Moreover, a few of the best features of Thano are the possibility to perform dynamic C code generation, multiple speed and stability optimizations, and its different tools for extensive unit-testing and self-verification.

PyDev is a Python IDE (Integrated Development Environment) for Eclipse. This is a free, open-source IDE that comes with an expanded range of useful and dynamic coding features. This is thanks to the wide array of plugins available that make it easy for the program to support beginner and intermediate programming work, though advanced developers will need to be careful with bloat, as things can get crowded soon enough. This practical IDE includes Django,  MyPy, and PyLin tintegrations, type hinting, an interactive console, code coverage, and code analysis.

This micro web framework hosted within Python packs a punch when it comes to ease of use while creating Python web applications. The unique characteristic of this framework, and the reason it’s considered a micro one, it’s because it doesn’t require any particular tools or libraries. Instead of requiring third-party libraries or technologies, it has a built-in web server. You can build a worthy application based on a single Python file, making it perfect for beginners who don’t want any more complications or for advace developers looking to minimize bloat. This is an especially useful tool for Agile developers looking to rapidly create a small but potent Python web application.

This one might be a given for many Python developers out there, but everyone needs a package-management system and this one is the recommended one by most Python users. PyPi is a repository of software for the Python programming language with already 400,461 projects under its belt. The use of this one of the best tools for Python developers? It’s simple: Pip Package is used to install and manage software packages within Python projects. It connects all work in this coding language to an online repository of public Python packages and will help you manage your projects more efficiently.

Jupyter is a free and open-source web-based interactive development environment in Python, designed for notebooks, data, and all kinds of code work. This interactive web tool allows users to configure and arrange workflows to merge software code, computational output, texts and graphics, and different multimedia resources in a single Python-based document. It provides a great modern framework and interface that allows for clean code and knowledge maintenance. If you’re an organized Python developer, you’ll end up using Jupyter on a regular basis.

At Blue Coding, we work with a large network of international developers, including Python experts. We know the software development market is getting more and more competitive every day, but the rise of nearshoring also means new opportunities for remote IT professionals. When you join our team, you gain instant access to new job opportunities and will receive all the support needed for you to find the perfect company to work for. Get in touch today to work with us and find more development jobs!